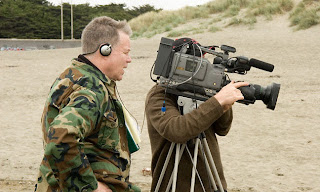 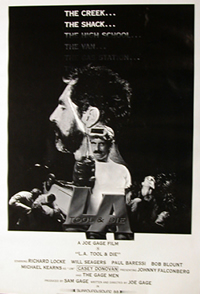 The festival takes over the Cinema Arts Centre in Huntington for the 13th year on November 12-18. The festival is the biggest gay arts event on Long Island with over 2,000 attendees each year. "Once again the festival hopes to reach many segments of our Long Island LGBT community," states festival director Steve Flynn. "This year the festival will have programs concerning gay seniors, Hispanics, Transgendered, drag queens, political documentaries and of course romantic comedies." The festival promises to be cutting edge. "We are not afraid to shake people up, to challenge Long Islanders with our programs and this year will be no exception. We have a Tony-nominated playwright, a Long Islander that is a legend in the gay adult film industry, a video lecture on Gay film horror and documentaries on Marriage Equality and gay seniors and so much more", said Flynn.

On Sunday, November 14, the festival will present an "Evening with Joe Gage." An interview with pioneering adult filmmaker Joe Gage, including trailers, a reception and a rare big screen showing of the 1979 film "LA Tool and Die." Mr. Gage is famous for his working man trilogy of adult films in the seventies which celebrated the average Joe and influenced 1970's gay male culture. Adult Film star Bryan Slater will be appearing with Mr. Gage. Mr. Gage is now a Long Islander and is still making films. The festival states this will be an adults-only screening.


Taking the train, from New York City
From Penn Station (34th Street and 7th Avenue) take the Long Island Rail Road (LIRR) to Huntington.  Train schedules are available HERE or by calling 631-231-LIRR. An off-peak round-trip ticket costs $16.00 (peak round-trip costs $21.75).   Once arriving in Huntington, we recommend taking a cab to the Cinema Arts Centre (<10 minutes, $8.00).  Our address is 423 Park Avenue at the intersection of Park Ave and Main St (25A) in historic Huntington Village.  But don't worry, every cabbie knows how to get here. 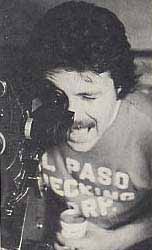 
Gage's movies are known for building anticipation - men verbally dance around the subject of sex, staring at each other with a hidden desire that culminates in one of more of the players succumbing to their deepest animal instincts. Married men, older and younger pairings and group gatherings often play a part in a Gage film.
Posted by Bryan Slater at 3:23 PM