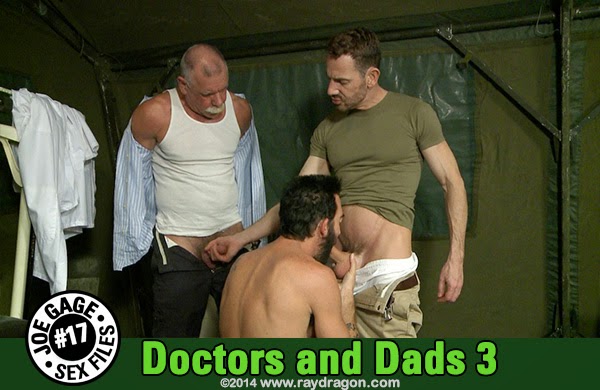 In the third installment of Joe Gage's popular Doctors and Dads series for Dragon Media, I am the same doctor I was in the first. Unusually for me, however, I'm also a son who, in this case, gets it on with his dad and his brother! Well, we're in a foreign country, so who's going to know we're having an incestuous gay 3-way in a tent in the desert?

Buy Doctors and Dads 3 on DVD or download to own now at Ray Dragon Video. Click on any of the photos and you can watch the hot preview of this and many other titles.